Select your present city or location, for personalised services. 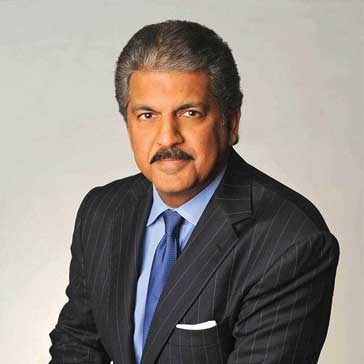 During his stint at MUSCO, he initiated the Mahindra Group’s diversification into the new business areas of real estate development and hospitality management.

In the summer of 1991, he was appointed Deputy Managing Director of Mahindra & Mahindra Ltd., the country’s dominant producer of off-road vehicles and agricultural tractors. He initiated a comprehensive change programme in Mahindra & Mahindra Ltd. to make the company an efficient and aggressive competitor in the new liberalized economic environment in India.

Today, the Mahindra Group is a US $ 19 billion organization, and one of India’s top 10 industrial houses. Mahindra has evolved into a socially and environmentally responsible global federation of companies with a leading presence in each sector in which it is present.

Anand Mahindra is the co-founder of the Harvard Business School Association of India, an association dedicated to the promotion of professional management in India.

He was a co-promoter of Kotak Mahindra Finance Ltd., which in 2003 was converted into a bank. Kotak Mahindra is one of the foremost private sector banks today.

As a leading industry figure, he has served as President of the Confederation of Indian Industry in 2003-04 and has also been President of the Automotive Research Association of India (ARAI). He also served on the Boards of the National Stock Exchange of India and the National Council of Applied Economic Research, and as a member of the Council of Scientific & Industrial Research.

Anand continues to receive several honours, a few of which are:

Anand frequently shares his views and ideas on the Indian economy and business through his writings in some of India’s leading business magazines.

He is one businessman to have grasped the power of social media and has set a trend on how it can be used for business, brand building, consumer interaction. He is on Twitter under the handle @anandmahindra and has close to a million followers. He has been ranked third in the inaugural ‘WorldofCEOs.com’ 2013 ranking of the ‘Top 30 CEOs on Social Media’.

Anand serves on the following Boards and Committees:

Anand Mahindra is included in Fortune Magazine’s list of The World’s 50 Greatest Leaders in 2014. Fortune magazine also named him as one of the top 25 most powerful business people in Asia for the year 2011.

A regular at World Economic Forum’s annual meetings, Anand Mahindra was the WEF co-chair in 2009. He represents Indian industry at several global meets, including the APEC CEO Summit in 2009.

Anand currently serves as the Honorary Ambassador of Foreign Investment Promotion for the Republic of Korea.

Anand also serves as a member of the International Advisory Council of Singapore’s Economic Development Board, which is the lead government agency for planning and executing strategies to enhance it s position as a global business centre.

Other Boards and Committees that he serves on:

A firm believer in the power of education, Anand initiated the Nanhi Kali programme about two decades ago to provide free education to economically underprivileged girls in the country. There are over 70,000 Nanhi Kalis across the country today.

He is a Trustee of the K.C. Mahindra Education Trust, which provides scholarships to students, and is also on the Board of Governors of the Mahindra United World College of India.

Anand believes that a study of liberal arts is essential in shaping leaders of the future. He has given the largest personal donation overseas by an Indian – an endowment of 10 million USD to the Harvard Humanities Centre, which is being relaunched as the Mahindra Humanities Centre.

He is a strong votary of arts and culture. Mahindra recently launched the Mahindra Sanatkada Festival, which celebrates the art, culture, and history of Lucknow.

Anand is co-founder of Naandi Danone, which is the largest safe drinking water provider to rural areas of the country, catering to nearly 3 million customers.

Anand is also a Life Trustee on the Board of Naandi Foundation, a leader in providing meals to 1.3 million children daily and academic support in over 1800 government schools. Naandi also brings the best of agriculture and natural resource management to the largest number of small and marginal farmers across the country. 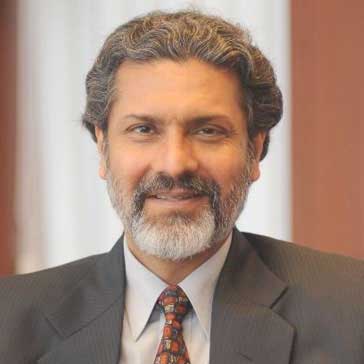 Member of the Group Executive Board

Rajeev Dubey is the Group President (HR & Corporate Services) & CEO (After-Market Sector), Member of the Group Executive Board, Mahindra & Mahindra Ltd. His key focus areas are Human Capital initiatives of the Group, the After-Market businesses whose CEO’s report to him, Group Communications, Government Relations, CSR and Infrastructure. He is the Chairman of Mahindra Insurance Brokers, Mahindra Steel Service Centres and Mahindra First Choice Services, and serves on the Boards of several Group companies including Ssangyong Motors Korea, Mahindra Intertrade and Mahindra First Choice Wheels. He is Chairman of the Group CSR Council and the Corporate Governance Cell, and a Member of the Governing Council of the Mahindra Institute of Quality and the Governing Board of Mahindra Ecole Centrale.

He joined Mahindra & Mahindra Ltd. in January 2004 after a career spanning 29 years in the Tata Group, which he joined in 1975 as a member of the TAS, the central managerial cadre of the Tata Group. He spent 21 years with Tata Steel, and the next 7 years as CEO first of Tata Metaliks and then of Rallis India.

He studied Economics at St. Stephens College, Delhi University, where he was ranked first in the University, and at the Delhi School of Economics, where he received a National Scholarship. He went on to do his MBA from the Yale School of Management, USA as a J N Tata scholar, and was selected as a Distinguished Alumnus of the School.

Rajeev is a Member of the Governing Body of the International Labour Organization (ILO), Geneva and serves on the Board of the International Organization of Employers (IOE), Geneva, where he is also the Chairperson of the Future of Work Policy Group. He is a core member of the Council of Global Advisors of the Yale School of Management (Yale SOM), USA and is a Past President of the National Human Resource Development Network (NHRDN) and the Employers’ Federation of India (EFI). He is also a member of the Advisory Board of Konecranes India. 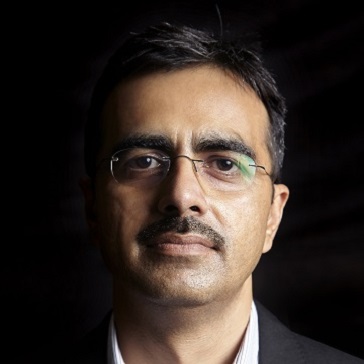 Mr.Ashutosh Pandey is the CEO of Mahindra First Choice Wheels.

Previously, he was the CEO of Tata CLiQ (Tata Unistore Limited), the digital commerce venture of the Tata Group, a business that he was responsible for founding and developing in the period October 2014 to May 2018.

Ashutosh has more than two decades of experience in leadership roles across E- commerce and Retail, and functional roles in diverse industries.

He joined the Tata Group in 1998 as a member of its flagship cadre, the Tata Administrative Services (TAS). Over the next sixteen years, Ashutosh took up challenging assignments in Tata Global Beverages (erstwhile Tata Tea), Rallis India, Tata Communications and the Taj Group of Hotels, in functions spanning marketing, strategy, business development and project management. He also worked with Accenture Consulting for a year, where he was responsible for the post-merger integration of two large Companies.

Before taking up his assignment as CEO of Tata Unistore in 2014, he was the COO of Landmark E-Tail Limited, Trent’s online retail business, from 2013 to 2014. He was earlier the COO and Business Head of Landmark, one of India’s leading leisure and entertainment retailers, from 2009 to 2013. During this time, he was responsible for the turnaround in the retail format besides building the brand, customer connect and store operations.

Ashutosh is an MBA from FMS Delhi and holds a BE degree from BIT Sindri. He is based in Mumbai where he lives with his wife Aparna and two lovely daughters, Shriya and Shraddha.

Your browser is out-of-date!

Update your browser to view this website correctly. Update my browser now

This is a message